BSNL and Its Comical Vision 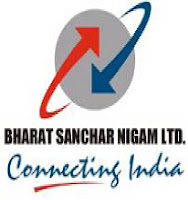 The vision of BSNL according to the company's website is "To become the largest Telecom Service Provider in South East Asia." Read it over here. But according to Wikipedia, South East Asia is a sub region of Asia, consisting of the countries that are geographically south of China, east of India and north of Australia. The point to note over here is that South East Asia does not include India, the only country in which BSNL has its presence. Except BSNL, everybody in this world know that the sub region of Asia which includes India is known as South Asia.


A Humble Request to Government (though i know for sure, my request wont reach its ears)
Please make sure the public sector companies gain the professional skills to compete in the world market or just disinvest in them so they don't become the laughing stock about our nation.

Added Later(on Feb 7, 2007):
If we got a chance, our project group would like to suggest the following Vision for BSNL "To become the world's largest Telecom service provider by providing quality Telecom service at affordable prices and aiding in the socio-economic development of the nations".

Update(on November 13, 2007): Thank God! BSNL has finally changed their vision - "To become the largest Telecom Service Provider in Asia" . But i still prefer "largest service provider in the world" because both the vision are the one and the same, since for achieving both the goals BSNL has to displace the Chinese telecom service providers from their No:1 spot.
Posted by Unknown at 7:41 PM

My Dear Sir, there are lot of problems in various sectors in this country, why to blame PSUs alone? Even the MNCs after coming to India provide Indianised service (answering your calls from call centers in Haryanavi English). Blaming Public Sector Company for small mistakes has become fashion statement in this country.

India has cheapest telecommunications rates in the world (2 Mb/s Broadband for Rs 250 a month & call rate @10p per min), thanks to a robust Public Sector company like BSNL being present in the market. Remove all PSUs from telecommunication scene and then see the difference yourself.

Small mistakes or issues do not tell about the professional skills of a Company or its executives. Trivial issues sensationalisation has become our national culture.

Sir,
Thanks for taking pains to give another side of the issue.. But I differ in few things...

1. Cheap rates are mainly due to intense rivalry and not due to robust BSNL.. [I still remember the day when a telephone came to my home after a huge number of days of waiting]..

2. I am not blaming BSNL.. But pointing a flaw in them.. It is tough for a company without a proper vision to survive long.. [I wanted BSNL to survive & conquer the world .. Why should only Ambanis & TATAs have to go out and show the world that India are good at business too when PSUs like BSNL are in a more enviable position to do that..]

Having a comical vision is by no means a small mistake or a trivial issue.. Vision matters if the company wants to survive more than 5 years..

sir, you used south east India instead of Asia.

As for the importance of vision, there is a lot to be said but to say in as few words as I can, a company can function without a good vision but it can't excel.

Function in BSNL's case because of its nature(i.e a PSU, otherwise it can't survive for long). that much one can gather from the vision statement.

Sajeev,
Thanks for pointing out the mistake.. Changed it...
- Robin