With the whole campus left to PGP-I after the farewell of 2007 Batch of IIM-Indore, the sportscom decided to come up with an inter section sports meet - 'Clash of Titans' to prove that we are not only nerds but can play ball too. The following sports were shortlisted to find out the best section among the three
Before the sports matches got started, all the experts were of the same opinion that the games would be a walkover for Section B and the only dispute was in how much Rakesh would prove a thron in their path. Alas! they forgot that there is an all rounder in Section A - Girish Nair. 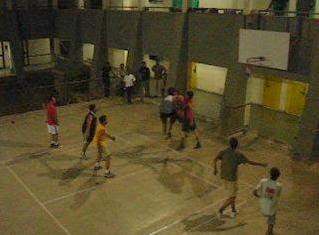 Cricket - Here none of the other sections could match with the strong team that Section B fielded. Section C took the second place with Section A ending up last again

TableTennis - Section A proved that not only your talent but also your mental strength - calmness and composure matters in sports especially when both the players are equally matched. 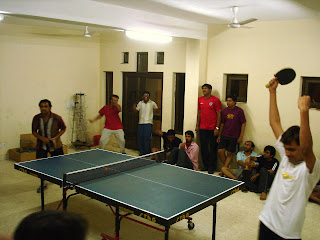 Swapnil after a tightly contested game

Football - Before this event started, most of us were sure that Section - B fielding players who play more football than even academic activities would win the football matches hands down. But a Surprise again was waiting for them! Solid & ferocious defense by AKB combined with talented forwards ensured that Section A walked over with both the football winner title and inter Section Sports Matches title 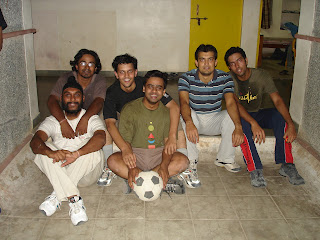 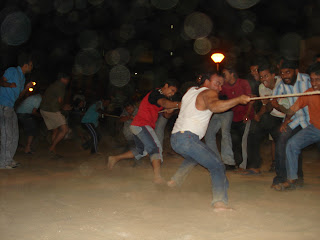