Desktop Tower Defense - One more Game Worth Getting Addicted to...

Today when i dozed off in the class room, the images of creeps with decreasing lives - moving through the maze came alive before my eyes.. [Even now(while typing), I am seeing them in the middle of the editor]. No Deja Vu or Trance. Just the effects of playing another addictive computer game - Desktop Tower Defense all through the night.

Desktop TD is a fun flash based puzzle / strategy game where you have to protect your desktop from invaders by spending money on attacking pieces and building a maze for them to follow. Strangely addictive yet stress relieving... Just try and find out how many levels can you survive?.. I am still struck up at 'Hard' Mode.

Goal: Creeps enter from the top and from the left. You must stop them from reaching the other side or you will lose lives. You start with 20 lives, and when they are gone the game is over. Towers are used to attack creeps and also to block their path.

If you have never played a Tower Defense before try the Quick Start Tutorial.

For those new to the DTD game, here's how Rafe at CNet describes it:

Our desk is under attack by invaders coming from both land and air. Your only solution? Defend it at all costs, using tiny turrets. Fight off waves and waves of attackers that get more challenging with each onslaught. Use your victory winnings to fortify and buy more defensive units. Losing this battle means losing your humanity.

Another interesting game sure to make you addictive. If you want to scold somebody for introducing this game(that made you to lose precious time), put a word in "Desktop Tower Defense 1.5 leaves the building" who introduced the game to me. :)

The Week that Was - 'Record Breaking' [Shivaji & Campus Placement]

"Where are they releasing Shivaji @ Tirunelveli?". This was the first of the series of questions that i bombarded the autowallah who was taking me home after my 2 month internship at Pune. Not only me, the whole Tamil blogging world has been set on fire with the pre-release Rajini mania. Even the English news channels were not able to keep this important news(!) from their headlines.. [Surprisingly such extensive coverage of 'Shivaji' was not even seen on any of the Tamil channels.. :)].. Just the fact that a Tamil Movie 'Shivaji' was able to make the whole India sit up and take notice of it - amounts to a record breaking incident for me. Add to that, the following record breaking achievements by 'Shivaji, the boss' in Tirunelveli
Jobs rain at Anna University

While the media was going gaga over 'Shivaji', jobs have started raining at Anna University, Chennai [comprising of 3 colleges CEG, A.C.Tech & MIT]. Out of 2300 students elgibile for the Placement process, around 1006 were placced in the first company - Tata Consultancy Services. It has now become a practice for Anna university students to set up the 'Record for Highest Single Day Placement in a college campus' for that academic year in India. Present Batch has also maintained that reputation by beating the last year Highest of around 800 offers in CTS in Anna university. Read about "TCS' record recruitment at Anna University".
Posted by Unknown at 12:57 PM 4 comments:

During my engineering days, I immediately rejected the idea when one of my friends tried to make me a member of a pyramid marketing scheme - a new way of making easy money without any sweat or hard labour. But most of my friends who joined it either burnt their fingers or were just able to break even.. that too after efforts and persuasion that could have easily turned around a mountain... :) To hide the fact that they have made a wrong decision(against the advice of a few level headed friends), they usually came out with a reply that they learnt salesmanship – a useful business skill.
This was something that was bygone. But when i recently heard about a similar scheme from my friend in Bangalore, with a initial investment of Rs. 30,000+ [During my engineering days, it was Rs. 5,000/-], i knew a post was long overdue.

"A pyramid scheme (also known as "Pyramid Scam") is a non-sustainable business model that involves the exchange of money primarily for enrolling other people into the scheme, usually without any product or service being delivered. " - From Wikipedia

In the scheme for which i was approached in 2003, I was asked to pay an initial payment(Rs. 5000/-) to become a member of this group. Then for every pair of nodes/members joining underneath me, I would receive Rs. 1000/-. It is easy to explain this with a diagram. 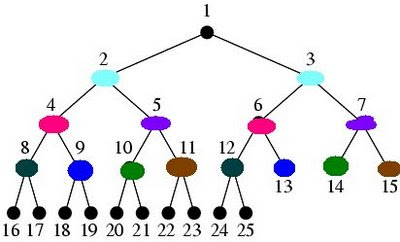 For every pair of identical colour nodes joining under Person No - 1, he collects a thousand. You get a thousand rupees even when an identical pair is joined at the thousandth level. So if u were able to join a few members underneath you, then their efforts would ensure that u get a pay check ever week. It looks simple and easy but the trouble starts when u find that others are not as willing as you to join this scheme.

How is it financed?

If you look at the diagram, the business works in a very simple logic. New members always pay for the profits of the old members. So the good part about these schemes is that at least a few members i.e. early joiners in the regions walk out with huge profits.

Why is it a scam?

But the worst part of this business is that, it makes you look at your friends, colleagues and relatives as potential sales targets rather than as people you love and respect. Another sad thing is that the yearly inflow of new graduates from various parts of India to the software cities - Bangalore, Chennai, etc. provides these companies potential fresh targets year after year.

P.S: If you want more details regarding these Pyramid schemes, Peter Jayaraj has a few posts on his blog - Digital observation - Label(Questnet).

I never knew it. I was ignorant of it. I was shocked when I came to know it - "Silicon Capital of India - One of the prides of India - Bangalore - is unsafe for women" . I was dismayed when my cousin explained - "Why can't she go to certain places in Bangalore?".. "Why can't she even go for booking tickets alone?".. "How tough it is for women to be women in cities?"..
"Eve Teasing".. For some of us, it is fun.. According to some of us, the victims deserved it.. Some of us are not even aware of it.. But for most of us, it is something we read in newspapers or something that only some skewed people mostly from the lower strata of the society do.. For me, Eve Teasing has always been associated with 'Death of Sarika Shah' rather than as an social evil that my sister or friends daily face. [Here 'Us' is people who may read this post] 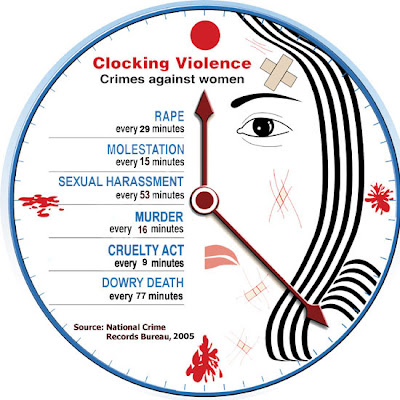 If you belong to my category of men - who are not aware how rampant Eve teasing is there in the very own cities you live, please read wish list of women. It is really an eyeopener. [But also be aware that the wishes were collected through Internet so they are mostly from an urban crowd - where the Internet penetration is high].

Blank Noise is the organization behind collecting these wishes. Blank Noise is a public and participatory art project working both online and on the streets of Bangalore, Mumbai , Delhi, Chennai and Hyderabad. It also has some innovative campaigns against Eve Teasing like "Collecting & Displaying clothes that women wore when they were sexually harassed in the street". You can visit their blog at BLANK NOISE PROJECT.

"Eve teasing may be normal, but is it acceptable?"
Posted by Unknown at 6:18 PM 2 comments:

India indebted to Karunanidhi for his 'unmeasurable' love for Tamil

This post was invoked by the wish list of an old man who knows he won't live long enough to see them - "Strive to make Tamil an official language, Karunanidhi tells youth".
Wherever i go outside TamilNadu, one of the questions popped up by my friends & strangers alike is 'Why u Tamils never learn Hindi?'. So let me answer that question before i move to benefits that country has reaped of 'Tamils never learning Hindi'.

What has this protest of 1965 ensured?

- By a Tamilan who still does not know Hindi