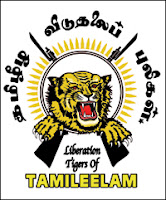 It has been sixteen long years since the youngest person to become the Prime Minister of India was assassinated by a foreign force. In a world that changes every second, that is surely a long time. I was only six during that unfortunate incident. And I don't remember any of the things that happened. What i remember? Regret and Sadness with which my father explained - how one of the most beloved organizations in Tamilnadu became a villain in a single day.
LTTE! You betrayed our trust then! And showed that terrorists can never be trusted! (A lesson Pakistan is learning now!)

Sixteen years is a long enough time to forget our love/lovers... How could anybody wrong a person who has forgotten the incident that happened on May 21, 1991 - a monumental historical tragedy which LTTE deeply regret. Most of us(Indian Tamils) have forgotten and some have forgiven. As seen from the increasing support that LTTE is receiving these days - "JNU Tamil Students term slain Tamil Tigers a martyr". Today LTTE is again becoming a 'Tamil' Movement. M Karunanidhi - the cunning politician is again ready to carry the flag of this great Tamil cause. :(

For those people who wanna support LTTE, please remember
P.S: I am not asking you to stop supporting Srilankan Tamils in their struggle but asking not to support a terrorist organization(LTTE). And I disagree with various activities of Srilankan government too - http://www.hindu.com/2007/11/01/stories/2007110156091500.htm

LTTE has support of some major politicians who are on the regular payroll of this terrorist outfit. People in Tamilnadu still have not forgotten the looting spree that LTTE indulged in in the eighties. The no. of Lankan Tamils who lost their lives due do LTTE is much much higer than those who lost lives because of Lankan Army. LTTE is a live example of how a terrorist outfit can grow to international level if politician are bribed.

Indian forces were accused of indulging in number of civilian massacres, Involuntary disappearances and rapes during their time in the Northeastern province of Sri Lanka.[46] These include allegations of involvement or complicity in the incidents noted below.

On 2, 3, and 4 August 1989 over 50 Tamils were allegedly massacred by the Indian Peace Keeping Force in Valvettiturai, Jaffna. In addition to the killings over 100 homes, shops and other property were also burnt and destroyed. The bodies of 52 Tamils were identified, including seven children and six women. Over 100 homes, over 40 shops, 70 vehicles, fishing boats and nets were burnt and completely destroyed. The town of 15,000 people was empty following the massacre and more than 5,000 people took refuge in churches and schools. Allegedly, in the days following the massacre, attempts were made to cover up the killings, and few reporters managed to reveal the details of the massacre[47]

Another incident was the massacre at the Jaffna Teaching Hospital in which number of minority Tamil patients, doctors and nurses were allegedly killed by Indian soldiers.[48]

Complicity in the Trincomalee massacre

A.P.Venkateshwaran, Former Indian Foreign Sec.
"...as an Indian I feel ashamed that under the Indo Sri Lanka agreement, our forces are fighting with Tamils whom they went to protect. Speaking of blaming the Indian soldiers, soldiers are meant to carry out commands, but I do believe that in our own Indian ethics, soldiers are not merely meant to carry out commands because if you look at the history and the mythology and the culture which is Indian...We are supposed to fight only for Dharma. Only if the war is righteous shall you fight it.... I believe that the Indian Government had betrayed its own culture and ethics. For the first time, it has sent out soldiers to fight when there was no cause for us to fight. There was no purpose for us to fight. When I speak to the Indian army officers, whom I know and who have come back after serving in Sri Lanka, they are the most puzzled and most unhappy people because they do not know the cause for which they are fighting. The guilt, therefore, rests entirely on those who sent them to do this dastardly business of fighting in Sri Lanka against our Tamil brothers and sisters..."

When people expressed their feelings to Indian army officers and asked why this happened, they were told: "This is war; we have lost three hundred men. Be happy that you are alive and think about the future." When people say: "India said she was sending her troops to protect us. But now, as a result of Indian Army action we have lost many of our children, fathers and mothers, as well as our houses and goods.", they are told in response: "These things happen in war, there is nothing we can do." The results of Indian involvement are clearly different from what the world expected.

In Karainagar, a crowd was watching the England Versus India test cricket match on a television screen supplied by a generator, because the electricity had been cut. The following day, 5 November, an Indian helicopter shelled the area killing eleven persons. This raid seems to have been carried out on the basis of the flimsy, uncorroborated speculation that passed for intelligence. The shelling of Chavakachcheri town was similar. The town was shelled from an Indian helicopter at mid-day on 27 October, 1987. The market area where the shells fell was full of ordinary people and refugees from further north. According to Mr. S.G. Deva, an eye-witness, there was nothing in the area at that time to distinguish it as an L.T.T.E. target. Between twenty and forty persons were killed.

@OM,
accept that there are allegations of atrocities committed by Indian soldiers in Sri lanka.... But what has to do with the LTTE's increasing support in TN these days..

The only reason support for LTTE went down is the assasination of Rajiv Gandhi but that happened too long ago and I think people are getting tired of the "guilty conscience" and the rather open support of the present govt in supplying arms to the sinhalese to kill the Tamils.

@ OM,
Arms are not for killing Tamils but killing terrorists who once had the guts to challenge India's authority and sovereignty by murdering its prime minister and the head of state... And will never think twice about doing it again if the need arises.. LTTE are cold hearted terrorists, nothing more and nothing less...

Arms are for killing Tamils.

The central govt will donate "Katchatheevu" which belonged to Ramanathapuram to the sinhalese in 1970s but they will NOT have the guts to come to a compromise with Kashmir/Pakistan since it will hurt their vote bank in North India.

Because of this donation of "Katchatheevu", till now 300-600Tamil fishermen have been shot dead by the sinhalese navy. GoI wont give a crap about this.

IF IPKF goes into Eelam and kills Tamils, the Tamils have every right to eliminate Rajiv Gandhi who happens to be the main culprit.

Read about the climate in which the LTTE was forced to accept the Indo-Lanka accord against their wishes in "Island of Blood" - Anita Pratap.

Why in the world would India and the sinhalese sign the accord when the Tamils and sinhalese are fighting. Why is it that they were kept out of the loop ???

When discussing an issue, it is good that you do some background searching - google it - dont just believe everything you read - analyze it in terms of consequences for the concerned parties.